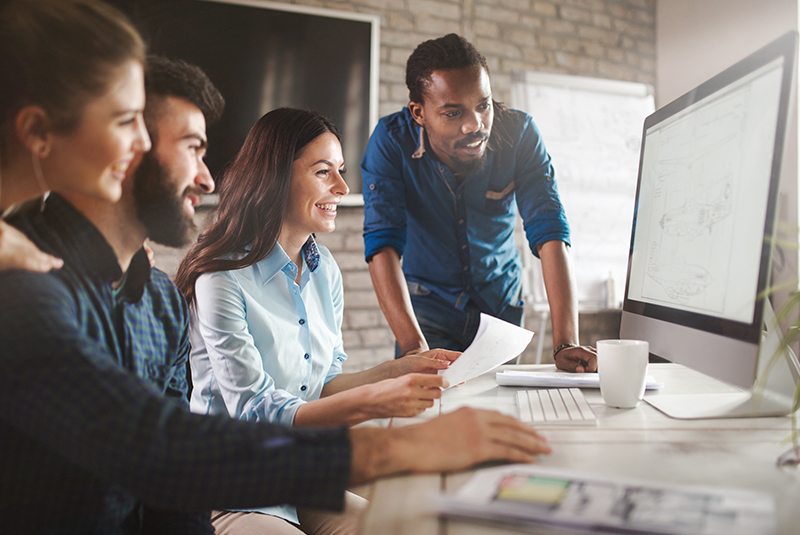 It has been more than a couple of years since iOS 9 was released. However, certain features of this version deserve mention due to the value they add to everyday activities of users and iOS app development services provider. It is undeniable that every version of iOS has had a number of limitations, but it is equally true that each new edition addressed several of those issues to enhance user experience and widen the scope for iOS app development.

Same has been the case with iOS 9, which introduced quite a few additions and modifications that are relevant not just for end-users but also in iOS app development services.

To begin with, iOS 9 leverages Apple’s AI – Siri – to its fullest. And it reflects in almost every feature of the operating system, from Maps to customized recommendations and beyond. The split-screen capability and directions on Maps are among the much-awaited features, which iOS app development providers had been looking for as much as the users.

Are you sure that you know the iOS 9 (if your device runs on it) well? Let us take a look at some of the features that have two-pronged significance…

Now, that’s something not all iOS 9 users can claim to know. Below is a list of a few such important features:

Ever since it was introduced, Apple Maps has been at the receiving end of criticism from the smartphone user community. Not one to take things hands down, the Cupertino-based smartphone leader has been steadily improving its Maps. iOS 9 makes some noteworthy additions to the application. Apple Maps now shows directions and transport options. The transit routes are marked with colored lines, enabling users to choose the most feasible option.

Besides, Maps in iOS 9 also has the ‘Nearby’ function that displays shopping, eating, and other venues of interest in the vicinity.

Apple’s artificially intelligent user assistant is much more than just rudimentary intelligence. Siri is contextually aware in iOS 9. It can understand users’ requests for actions even if they give partial instruction. For instance, if a user wants to set a reminder for a task that she is currently working, Siri identifies the app that she was using and automatically maps the reminder to the app.

Similarly, Siri of iOS9 is also more aware of its location. It allows users to set location-based alarms as well. For instance, a user can set a reminder to call a specific friend when he reaches a specific restaurant, and so on.

Besides, the AI can search items based on time, allowing users to search files from a specific date or year without sifting through all the saved content.

The picture in Picture, users can watch videos or engage in video calls while working on another application. The feature reduces one application into an independent floating screen that can adjust anywhere on the display.

Split View is available only on iPad Air 2 and allows simultaneous use of two applications, each of which occupies half the screen space in landscape view. Slide Over, on the other hand, basically allows viewing of another application while one app is already open on the screen. Users have to swipe left from the right edge of the display, which opens up the other intended app on the side pane occupying one-third of the screen. While the side panel is open, the primary app moves to the background rather than staying active.

First things first; the appearance of the on-screen keyboard in iOS 9 is slightly modified. The alphabet keys display letters in the small case by default, and when the Shift key is tapped (or long-pressed to initiate Caps Lock function), the letters appear in upper case.

iOS 9 also supports a new two-finger gesture that makes a selection, cutting, pasting, and cursor control much easier. Besides, there is also a Shortcut tool with undo, redo, cut, copy and paste functions.

A swipe from left to right on the home screen brings up a newly-added search window, besides Spotlight. This search window offers suggestions from Siri, which shows a list of applications, people, relevant news, and important nearby places. As mentioned above in point no. 2, the suggestions are contextually aware, making users’ routine tasks a tad simpler and quicker.

One limitation that has surely annoyed many iOS users is the lack of provision to dismiss multiple notifications simultaneously. With iOS 9, Apple has attempted to do away with limitation (though not entirely). This version of the smartphone OS gathers notifications on a day-to-day basis. This allows users to delete all notifications from a particular day at once. Though it does not solve the problem entirely, it is a major progress that users must be aware of.

Security has always been the forte of Apple devices and one of the main reasons people opt for its products. Living up to its standard, iOS 9 has a revamped authentication system in place. Though it is not exactly a hidden feature (users do not have to research to know about it), it deserves a mention given its backend system-level functionality.

iOS 9 has replaced the two-step authentication system with the two-factor mechanism, which does not involve Recovery Keys. This system identifies the devices that users sign-into as a trusted device. Those devices are then used for verification when users sign-in to other devices. In the absence of the trusted device, phone calls or text messages can be used for authentication.

Every frequent Internet user has faced this situation several times when he needed to save all the contents of a website in a document format. What is Apple’s future vision for this is unclear, but iOS 9 does allow users to save website content as PDF. The in-built Safari offers the option to “Save PDF to iBooks” when users open up the share sheet and scroll a bit over the middle section. The PDF version of the website can also be emailed from the iBooks app.

These are some of the very useful features of iOS 9 that may not readily come to users’ notice. Which ones have you discovered from the list and outside it? Let HokuApps know your thoughts.