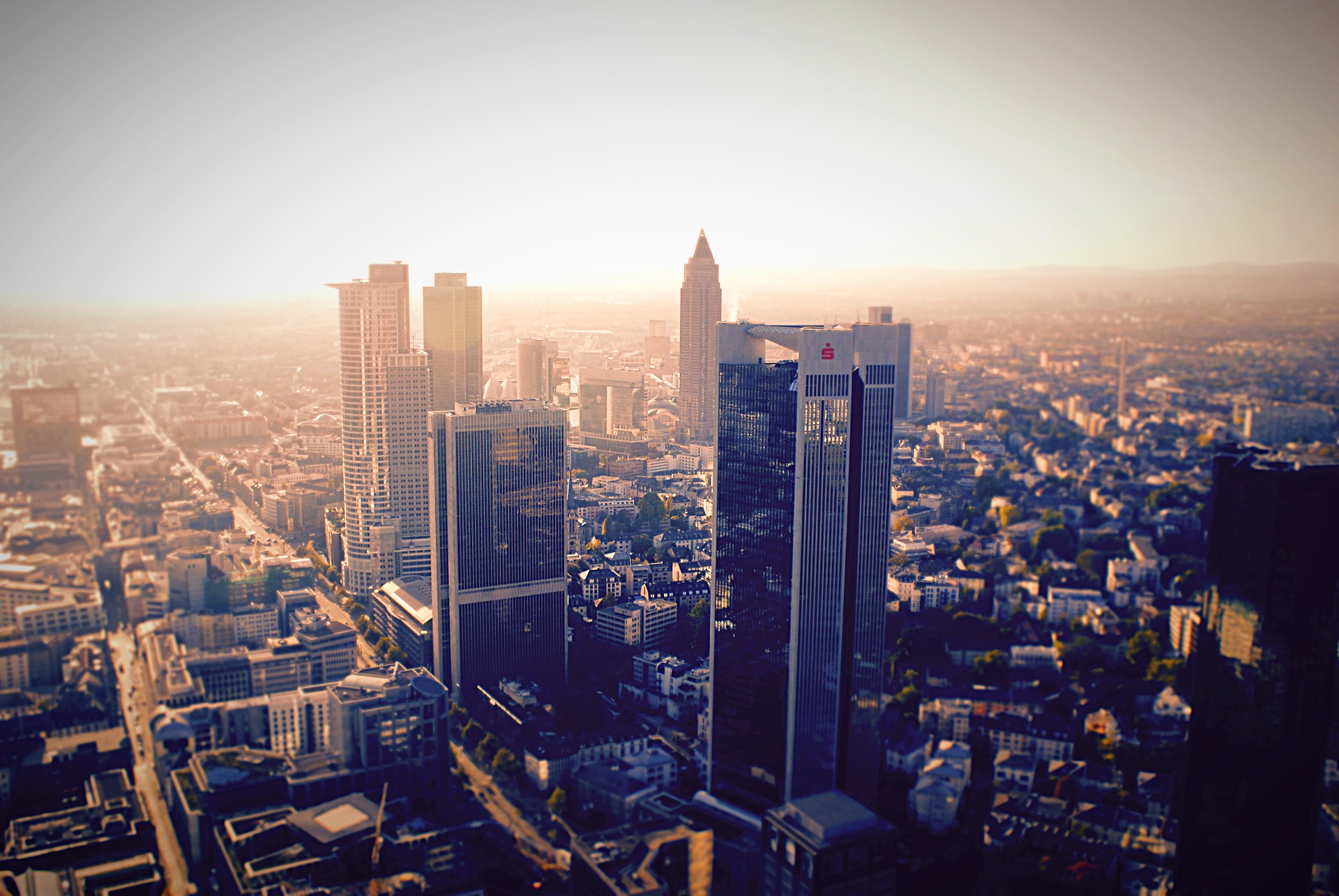 After my visit to Munich I went in the direction of Frankfurt. Both cities are 500 km apart and the best way to get from one city to another is by train! And that’s how I went and in less than 3 hours they make the whole trip very fast!

Frankfurt is the modern and cosmopolitan city par excellence in Germany. It is the financial and economic heart of this country and can be seen in its skyscraper streets and the modernity of its facades

After being rebuilt, much of its historic center was preserved and is beautiful and very typical German. The contrast with modern Frankfurt is incredible.

The central business district, Bankenviertel, captures your attention immediately and has the ten tallest skyscrapers in the country. Facing that sci-fi urban landscape is the Museumsufer, a complete neighbourhood of museums that could keep you fascinated and entertained for days.

The best time to go is undoubtedly in summer although April does have beautiful days. I went at the beginning of April and in the morning it was cold but then there was a sun all day very rich.

So the best time is undoubtedly from April to the end of September. Then in winter it is also beautiful for those who like more temperate climates and snow!

Before planning your trip to the cultural and financial hub of Germany, it is important to reserve your means of travel in advance with the help of a reputable travel agency. If you are traveling by air, I suggest you to consult a travel agent, to determine the cheapest and most suitable flights to Frankfurt am Main.

The most interesting things to see in Frankfurt are near the historic center, so I recommend you stay in this area, or also near the financial center, so you will have all the best places, restaurants, bars and walks at your feet!

Grouped on both sides of the Main River, there are 12 museums in an area known as Museumsufer (Museum Embankment). There are museums of cinema, art, architecture, communication and ethnography, to name a few.

Of those that I recommend are the Städel Museum, which is a museum of Western art; and the natural history museum

This is the only skyscraper in Frankfurt with a viewpoint open to the public. This is more than 200 meters high and offers you beautiful views of the city. You will see the historic center on one side, the river Main and the whole area of ​​modern buildings very close.

The boat trip in Frankfurt will allow you to enjoy the best views of the city while sailing under its bridges. From the boat you will be able to admire the beautiful medieval buildings of Römer, the medieval quarter along the River Main that was rebuilt after suffering a bombing in World War II, and the spectacular skyline of the skyscrapers of the financial district. It lasts one hour and the cost is 10 euros.

The cathedral began in the 1300s and 1400s in the Gothic style, and has been faithfully reconstructed twice: once after a fire in 1867 and then in the 1950s after the war.

Ten kings were crowned in this same place from 1562 to 1792, and even before that, the imperial elections were held in the church from 1356.

Know that you can climb to the top of the belfry, yes with much effort! 360 steps await you! but with a close-up view of the entire historic center, beautiful! to raise the entrance costs 5 euros

The most picturesque square of the city is surrounded by photographic medieval houses, a church and historical administrative buildings.

The house that attracts the most attention is the Römer, in the center of a group of three buildings that house the city hall of Frankfurt since 1405.

In front is the Renaissance Justice Fountain, which dates from 1543, and on the opposite side of the square is the Church of San Nicolás of the 15th century, which unbelievably went through the war without great damage.

Opened in 1871, this 22-hectare garden has plants from all over the world, in greenhouses or outdoors.

The specimens are organized according to their region: a pavilion contains a sabbatical landscape, while there is one for the jungle and two separate structures for the desert environment.

This pedestrian bridge was built at the end of the 19th century. It has been rebuilt twice, the first time in 1912 when the Main became navigable to ships, and again after the Nazis exploded in the last days of World War II.

The bridge has been taken by assault by love locks, and almost the entire bridge is covered with these locks left by lovers to seal their love

The Rambla del Rio Main is surrounded by gardens and a pedestrian street that invites you to wander through this area of ​​the city on a sunny day, offering you a beautiful view of the entire city.

This area is very popular among locals for picnics, or to come for a few beers in the sunset over the city

This park is located next to the botanical garden and is the meeting point of the locals to enjoy a moment outdoors. It is a park of 30 hectares and when there are beautiful days it is very nice to walk among its trees gardens and enjoy a moment of peace and tranquillity in the nature in the middle of the urban jungle of Frankfurt

This market is located near the commercial area of ​​Zeil, and is a huge warehouse with more than 150 places of regional and international food. It is a gourmande experience; a Cosmopolitan gastronomic experience where you will find Turkish, Greek, German, Mexican food, whatever you fancy. It is very picturesque and it is very nice to eat there, to be part of the fervour that is lived here

This article is written by M Taha Khan. He is a professional blogger and content writer who writes for different blogs as a guest author. He is a passionate traveller, football lover and a digital marketing executive.